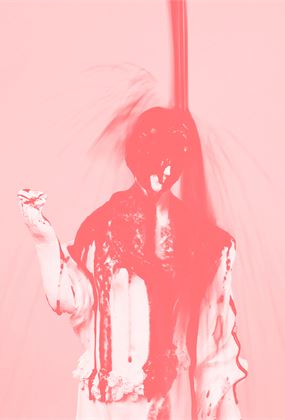 "when even love won't save you"
The Telegraph, UK


Do humans learn from past mistakes? In 2019 as in 1643, individual whims and values associated with status form a lethal combination.

Here is a new look at an old opera. Shortened to two hours including interval, sung in English - and recommended for Adults Only.

Our production of Monteverdi's The Coronation of Poppea is faithful to the original themes: power, sex, tragedy, brutality. A hedonistic and decadent world, with bawdy humour, poly-sexuality, indecency, narcissism - and gaslighting.

Eerily, a shimmering realisation of the Baroque score lends a musical style not dissimilar to the music of today, with prescient flavours of jazz, giving an emotionally-driven, improvisational character to a beloved and wildly varied opera score mired in tradition.

Through the music of this sublime C17th opera, we see the trading of a new model of wife for the old, and instinctively blame possessive and manipulative women for the ensuing mayhem.

In fact, 'our' Nero was a brute:  kicking his pregnant new wife to death after curtain-down.  The opera ends blissfully as all wedding days do - with possibly the first operatic love duet ever written - a sublime and glorious expression of desire and commitment, with no hint of the historical gruesomeness to follow.